It all started with the paperclips!

He stole them you see.  The year was 2000 - not so long ago.  I was a freshman, just starting out at a 4-year university, full of excitement and all the things 18 year-olds want and need.

Hold on, let me back up just a bit...a few months prior I had attended freshman registration only to discover that as a freshman, you don't get to decide much.  I didn't get to the front of the line the moment I arrived and so as a result, all 5 or 6 of the freshman writing classes (basically an intro to writing class all students are required to take) that looked even remotely interesting were full.    So, in frustration, with my councilor standing by I simply started going down the list of ones in the time-slots I could do.  Full. Full. Full! Finally - I found one that had room!  The topic looked less then interesting, I was planning on majoring in Musical Theater and it looked like I would be attending the “discovering the World Wide Web” Freshman writing class.  Not exactly related. Ah well, one class right?  And who knows, it might even have some good information.  I was less then thrilled but I gave up and took the class.

I went to the first class, not very interesting.  I went to the second class, my very first memory of him: There were two Ryan's in the class.  One was...well, less then aesthetically pleasing.  The other?  Not too bad!  So as any normal 18-year-old girl would - I wasted time by watching him.  It is not really related - but I remember the instructor talking about a project that "Ryan" was working on.  I had no idea the name of the boy I had chosen to look at was Ryan, so I was confused when he met my eye and pointed to the person sitting next to him.  I was just looking at a cute boy, I guess he thought I was listening to the instructor and he was letting me know that he was not the Ryan that was being discussed!

Third day of class is when I think he stole them.   Somehow we had ended up at the same table next to one another.  Not sure how! Good student that I was I had all the proper tools:  Notebook, highlighter, multi-colored gel pens (all the rage at that time) and paper clips!  They were all pretty rainbow colors, various sizes to fit my paper-clipping needs.    Well, my paperclips were on the table next to my notebook, and without even asking he took them!  He started stringing them together, entertaining both of us - it was not the most interesting of classes.  Well, class ended - we all went our separate ways. I somehow left without my paperclips.

That night, I saw the paperclip thief in my very own lobby - so he lived close!  One floor up and one room over I would soon discover.  I remember not being 100% sure it was him, but I knew I needed my paperclips!  So I took a chance and demanded my paperclips back.  Of course he claimed he had no memory of taking my paperclips, but told me to wait just one moment as he ran upstairs.  He came down a moment later with a brand new box of paperclips and handed it to me.  They weren't pretty colors and various sizes like mine had been, but they clipped paper and that's what was needed. I still have that box.

About a week later I (and someone I no longer remember) was at Jack-in-the-Box.  Who should walk in, but the paperclip thief!   By this time I had forgiven him and so we started a friendly conversation.  He invited my friend and I back to his room to watch a movie.  We agreed, got our food and headed back to campus.  The only other thing I remember about that night is that about half way through the movie, his girlfriend walked in.  She was nice - the two if us got a long very well actually.  We came to discover that she lived only 4 doors down from me on my wing.

The next week, in an attempt to foster hall unity my (and his Girlfriend's) RA started a mini bible study for our wing.  It didn't last long, but it did bring us all into the same room.  We knew one another, so we all sat together.  I can't remember how many times we met, but it was enough times that it became tradition for the three of us to go to his room afterward to watch a movie.  For about two weeks the three of us were inseparable - so much so that his girlfriend dubbed me their shadow.  He was already attached, so I never had to worry about all the stress that comes with a guy and girl hanging out and what that might insinuate.  We could just have fun, laugh and enjoy spending time with each other.

About a month into school he and his girlfriend split-up.  They had not known one another well and honestly, they were not really each other's type.  We all stayed good friends (she actually became my roommate the following year and we still keep well in touch) He and I continued to spend time together just the two of us.  Our favorite thing, since we had no money, was to go on walks and spend hours talking about nothing.  I remember one moment clearly, we had been hanging out and we were both sitting on the fire-pit on campus.  Someone looked at the time and we were both shocked to discover it was after midnight.  I remember us laughing and him telling me that he could talk about anything with me.  I think that might have been when I decided I liked him.  The next day I looked out my window and saw him walking to class, I recognized him from further away then I should have been able too and I remember just wanting to watch as he walked away.

Not too long after that, we went on another one of our evening walks.  Having exhausted our own campus, we walked to the college next door and started exploring.  Impulsively, we jumped over the vine-covered fence and ended up in their football field - I know, I know.  Breaking and entering is not really a good idea, especially for a date!  But we were 18 and stupid.  We sat in there for at least an hour until the sprinklers came on and we ran out laughing and trying not to get wet.  We were enjoying the stars so we headed back over to our own football field and ... well … HE claims I gave him "the look" and I claim there is no way he could have seen any look in the dark. But he kissed me.  I must have liked it ok because we did that for a little while before we decided we should head back to the dorm.   The next few weeks were kind of a blur.  I strung him along for a while, not sure I wanted a boyfriend but knowing I liked him.  I gave up after a while!  The rest of our college time we spent every possible moment together.  We still have a bag of bottle caps from our "SOBE dates." We would walk to the store, buy a SOBE for a dollar and walk to a bench on campus.  We would share our drink and...ummm...talk… sometimes for hours.  Once we had a car, our favorite thing to do was go on drives up in the hills behind the school.  Somehow, even when life was crashing in with stress of school and work we could leave it all behind and just drive.  We would talk about life, our future and what we wanted to be when we grew up.  We didn't know where we would end up or what we would do, but there was never any doubt we would do it together.

It was mid-June 2003; he had been gone for the weekend.  When he came back we took a drive to one of our favorite places - Huntington Beach.  We ate dinner at the Ruby's on the pier and afterward; just as the sun was setting he gave me a ring and a promise.

May 9th 2004 in the early afternoon, surrounded by flowers and our closest family and friends I married my best friend.    We barely had graduated and had a tiny apartment and jobs lined up starting soon. We had no money, but we didn't care.  We were just so excited to be with one another.

6 years and two kids later I can proudly say I am a thousand times more in love then I was on our wedding day.  I will be shameless for a moment and say my husband is an amazing dad, a wonderful, wonderful husband and I truly do thank God everyday for messing up my schedule so badly that I HAD to take that stupid class.  It was well worth it!

This is a day late since we were celebrating most of yesterday.  I got to sleep in, a mother’s day privilege!  I woke to homemade waffles, mother’s day cards and coffee ready and waiting.  We ate together as a family and the kids tried to entertain themselves while mom and dad drank their coffee together.  Then church and lunch at my in-laws house.   The afternoon was ours to waste.  Grandma and Granddad watched the kids and we spent our time just walking around home-depot talking about life, our future and what we want to be when we grow up.

We don't exactly know where we will end up or what we will do. But of one thing there is no doubt; whatever it is, we will do it together. 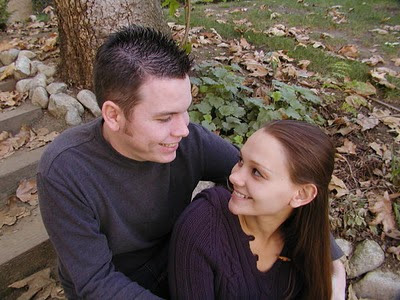 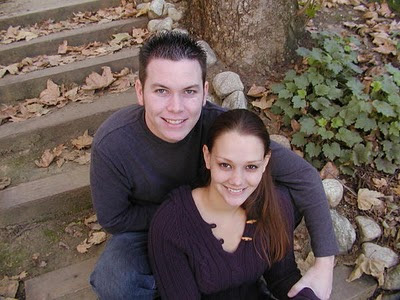