For want of an eyebrow...

There is a little known fact about me, that I have often spoken of.  To be blunt: I have no eyebrows. 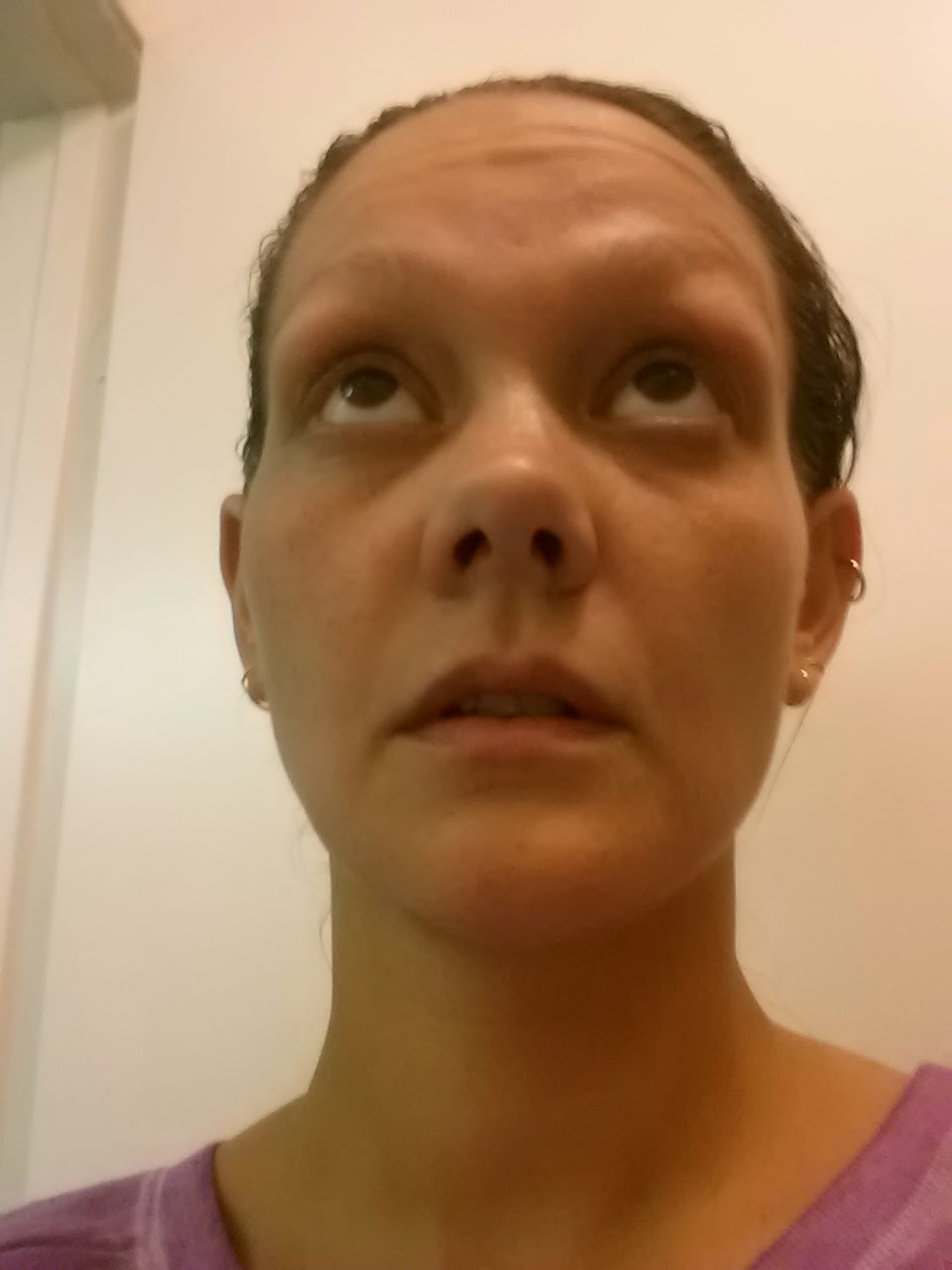 No eyebrows. It is a tragedy.  Imagine how hard it is to look scary, or surprised? 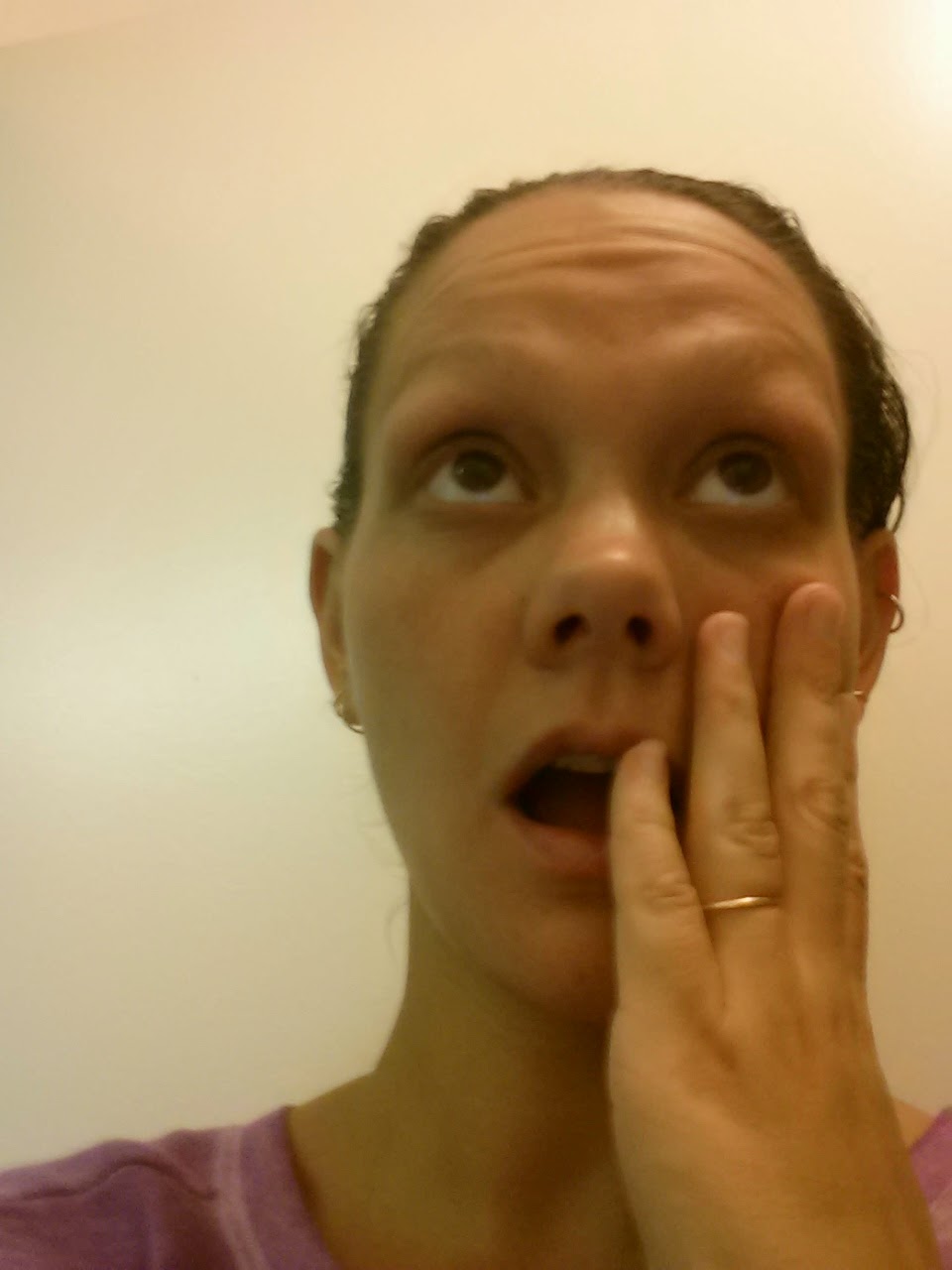 See?  No one is going to take me seriously like this!

And the one eyebrow up, "You do not amuse me" look? 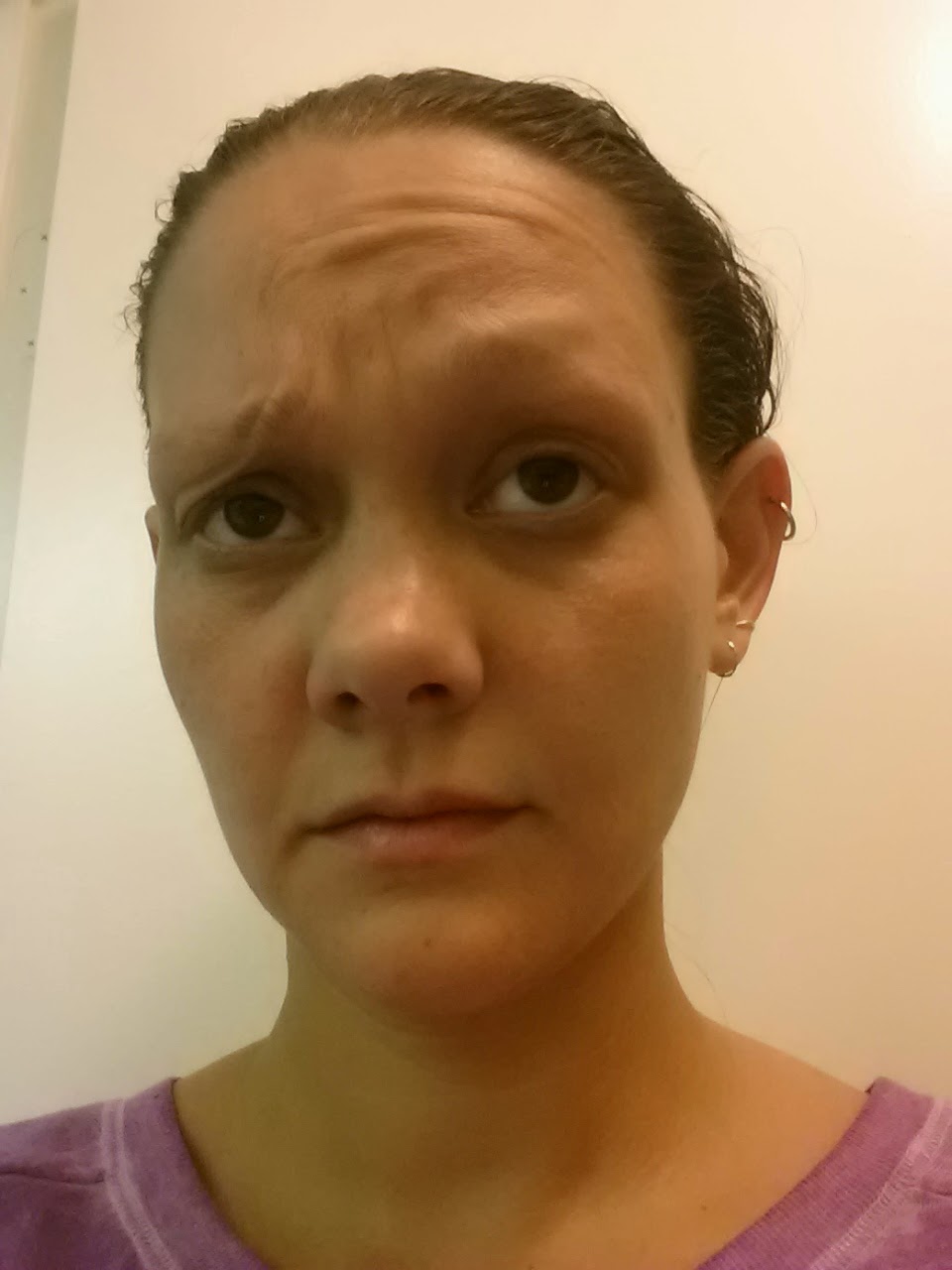 Complete failure. It doesn't work with no eyebrows!  Whatever is a person to do? 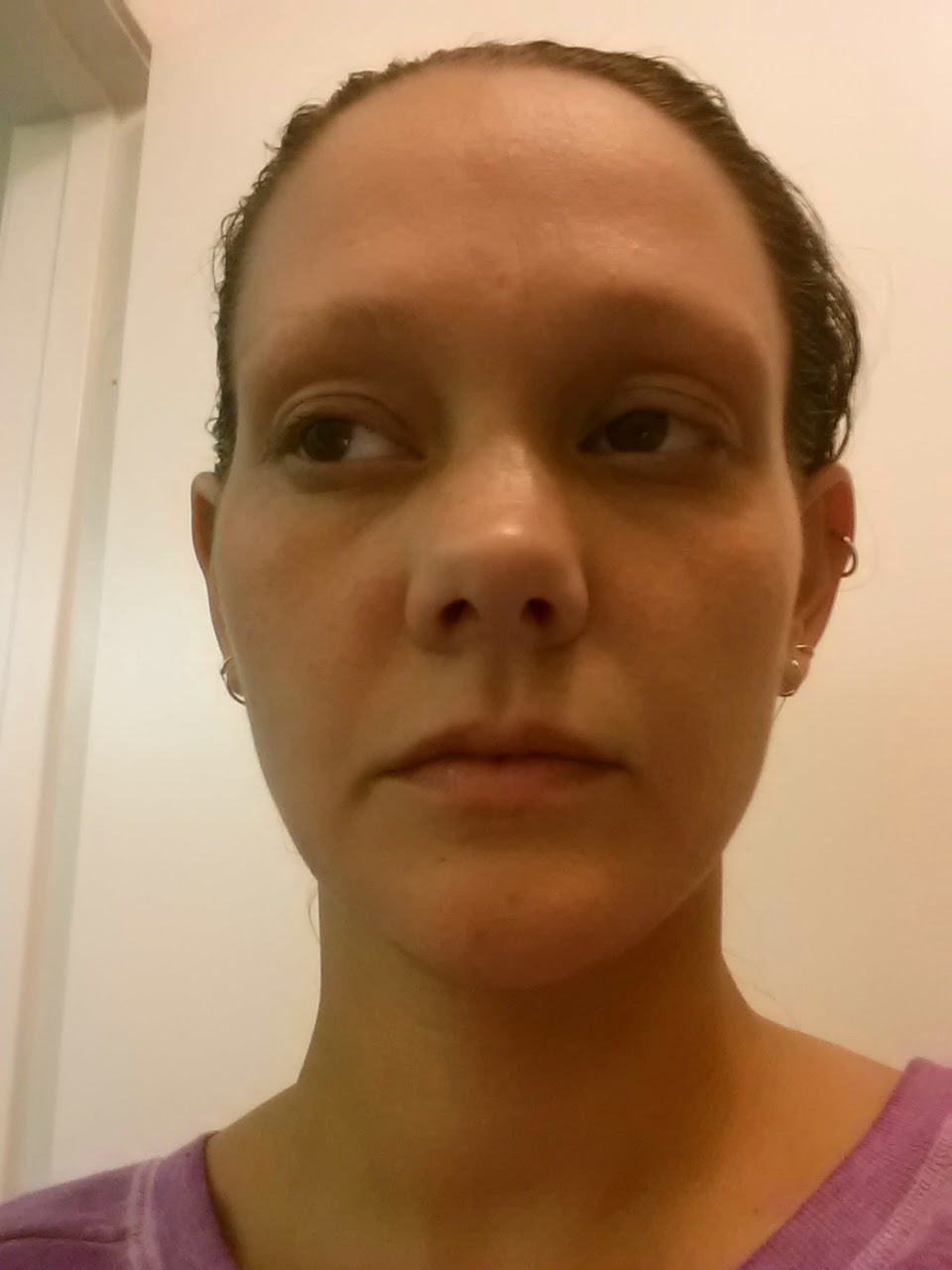 I try to do shifty a lot, seeing as I am generally a pretty shifty person (the "F" in that word is very important,) But it turns into what is generally recognized as "resting bitch face." A condition I have found I occasionally suffer from - which has lead to lots of "when I first met you I thought you hated me."  I have worked very hard to overcome this.  In the meantime, let me assure you that I did not hate you when I first met you.  It is because of my eyebrows. I thought you were a lovely person when we first met and I couldn't wait to get to know you better.  I promise!

One benefit of no eyebrows?  I rock the frog eyes look.  See? Nailed it! Ha! You can't un-see it now.  That image is burned into your brain FOREVER AND EVER!

I have suffered greatly in my life for my terrible lack of eyebrows.  Sure, I can paint them on with various cosmetics.  But that doesn't help me when am trying to instill "fear of the mother" into my children first thing in the morning or when I attempt a shockingly-sexy-yet-perfectly-subtle "come hither" look toward my husband in the evening.  I am also ridiculously cheap, so any attempt I make at make-ing up my eyebrows is generally gone by dinnertime anyway.  And I rarely re-apply.   Besides, I shouldn't have to!  I should have eyebrows like any other human being!  All my siblings do, why not me? 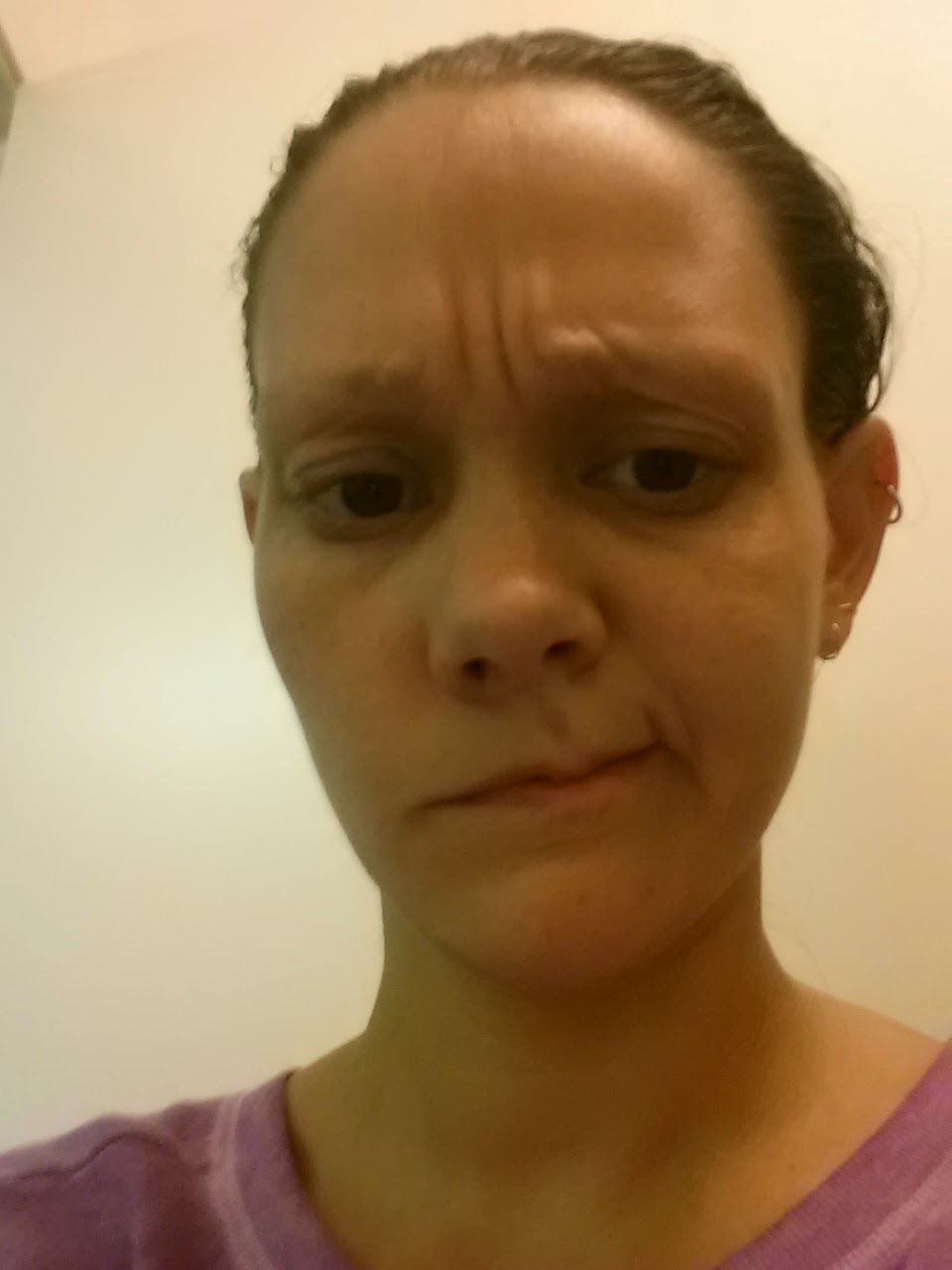 The pain, oh the pain and suffrage! (Wow, suffrage is actually a real word, and here I thought I had created it. See? Disappointment all around!)

But anyhow - I was recently bemoaning my lack of eyebrows internally to myself - as I often do. And it got me thinking - there are millions and millions of people, all across this world that unlike me, HAVE eyebrows, many of them magnificent.  And they never give even a second thought to their eyebrows.  They simply go on their merry way, with eyebrows, living life...all eyebrow-ish!

And, while it is certainly an unspeakable tragedy that I have to suffer as I do - it really does not affect my life in any way, shape, or form to not have generally recognizable eyebrows.

So as I am always working very hard to better myself in any way I can, I decided that I am a grown-up woman now, and it is high time I gave up this childish obsession and focused on more important things.  So, it got me thinking:  What do I take for granted everyday, that other people lack? Speaking on a strictly superficial level here.  What do I walk around with, never even giving it a second thought, where some poor soul, possibly even reading this today - is tragically missing?

Toenails!  I don't think about my toenails very often.  They just kinda hang out there.,,,on my toes. I'm honestly not even sure what their purpose is. Could it be?  That there is some poor fellow (or lady) out there even now, crying bitter tears over their lack of toenails?  It could be!

Earlobes! Sure, they are great for hanging earrings on.  And while they don't do much beyond that, I am sure there is someone in the world today that wishes they had earlobes. Ears in general puzzle me a bit.  Everything truly useful about them are rather on the inside.  And while I am sure there are certain acoustical advantages to having ears attached to the sides of our faces, they seem a bit...err...fancy for their general purpose?

Perhaps my lack of eyebrows could be listed with those men who sadly cannot grow a mustache. And while I am not a fan of mustaches myself, (Speaking on men, not on me...though I doubt I would really be a fan of that either.) I have heard that some people feel great affection for theirs.  If I had eyebrows would I feel affection for them?  In that case, perhaps those that have eyebrows do not in any way take them for granted like I have previously assumed, but instead get them groomed, comb them with a little eyebrow comb while whispering sweet nothings, Perhaps they write ballads to their eyebrows, (and mustaches, let us not leave those out) saying in so many words exactly why they love them so much.  Perhaps they have conventions? I would so love to attend an eyebrow convention....

But no.  I am moving on! No more bemoaning.  The time to grow up is now. I will no longer let my lack of eyebrows hold me back in this world! It is time to wake up and face reality.  A smile on my face and a spring in my step.  I am eyebrow-less and proud of it! The world is my oyster, I am woman, hear me roar...err...or not.  Not really in a roaring mood at the moment.  Still feeling a bit sensitive here. But I am feeling much better about the eyebrow thing.  I will not let my insecurities about my eyebrows keep me down! I will not pass on this negativeness to me children.  I am better than my lack of eyebrows!  Yes - I feel the freedom. I am empowered!

A new me.  A new proud-of-my-lack-of-eyebrows me! I am changed. 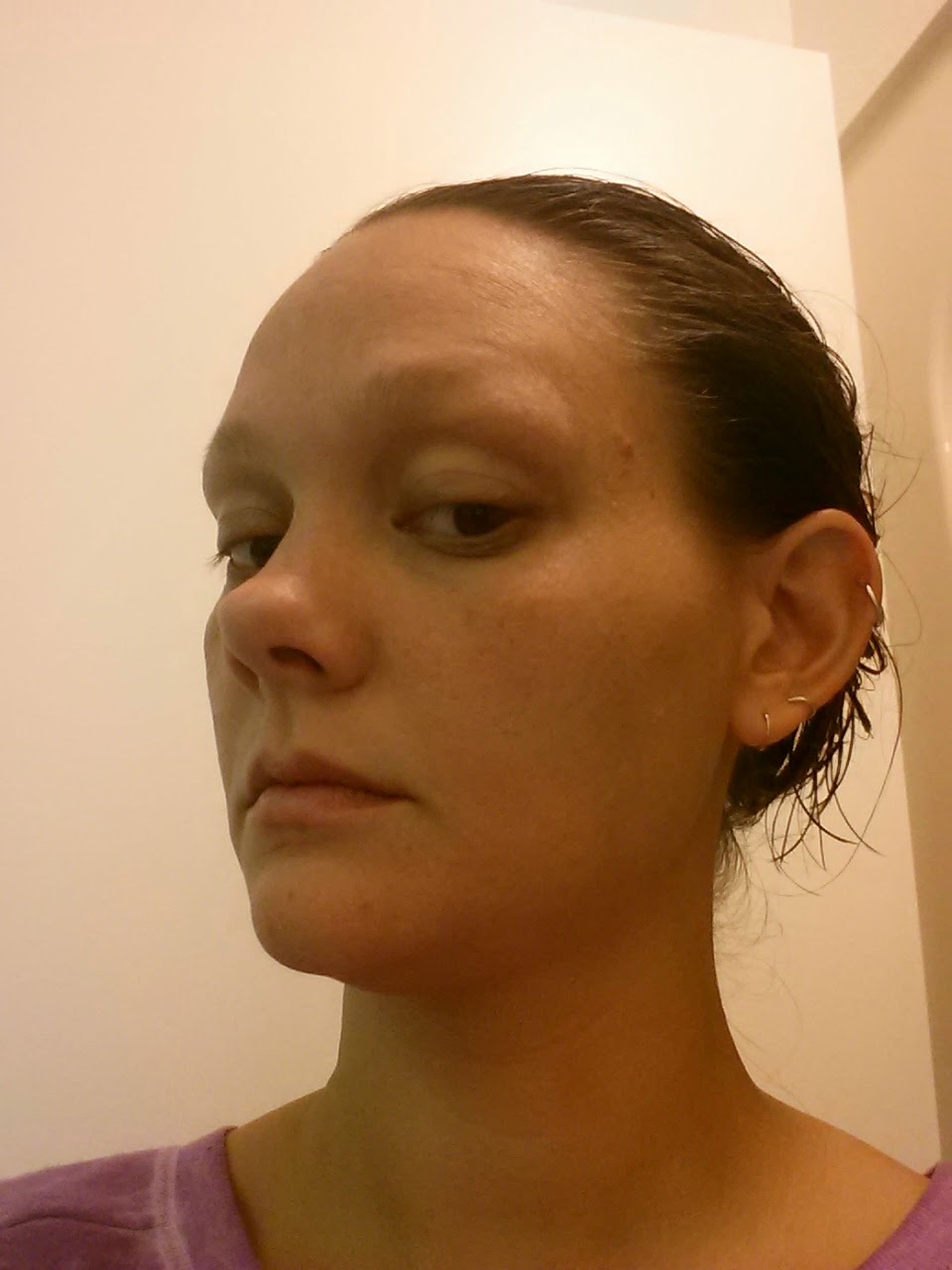 Hmmm - You know, now that I think about it?  Ears really are particular things...
Posted by SBethuel at 4:37 PM 1 comment: